How money is collected and distributed through public budgets influences the lives of millions of people in every country in the world. Those decisions might ensure food and shelter for many, or deprive others from essential healthcare services. Budget advocacy, which is a tool to influence those decisions, can make an impact on millions of lives.

Essential healthcare includes harm reduction services for people who use drugs. These services – such as needle and syringe programmes (NSP), opioid agonist therapy (OAT), drug consumption rooms (DCRs), overdose prevention with naloxone, and drug checking – protect against HIV, TB and hepatitis C (HCV) and save lives. Not only are they effective, they are cost-effective and cost-saving, and they have a positive impact on individual and community health.

Yet, the provision of these services is critically low. Only 1% of people who inject drugs live in countries with high coverage of both NSP and OAT. The harm reduction response to stimulant use remains underdeveloped, drug checking services are scarce and DCRs only formally operate in 12 countries, all of them located in the Global North. In 2020, only 15 countries permitted peers of people who use drugs to distribute naloxone.

Meanwhile, HIV infections among people who inject drugs continue to rise, accounting for almost half of new infections in Eastern Europe and Central Asia, and the Middle East and North Africa in 2019. Prevalence of HCV among people who inject drugs is 50-times higher than among the general population, overdose deaths have skyrocketed in many countries around the world and stimulants use in Asia and sub Saharan Africa is increasing.  Despite the fact that many low- and middle-income countries (LMICs) include harm reduction in their national policy documents, few of them actually invest domestic resources in these life-saving services, even where the need is great. This is often due to the criminalisation of people who use drugs, stigma and discrimination. At the last count, only US$188 million was invested in harm reduction in LMICs – just over one tenth of the US$1.5 billion UNAIDS estimates is required for an effective HIV response among people who inject drugs. The majority of this funding comes from international donors. 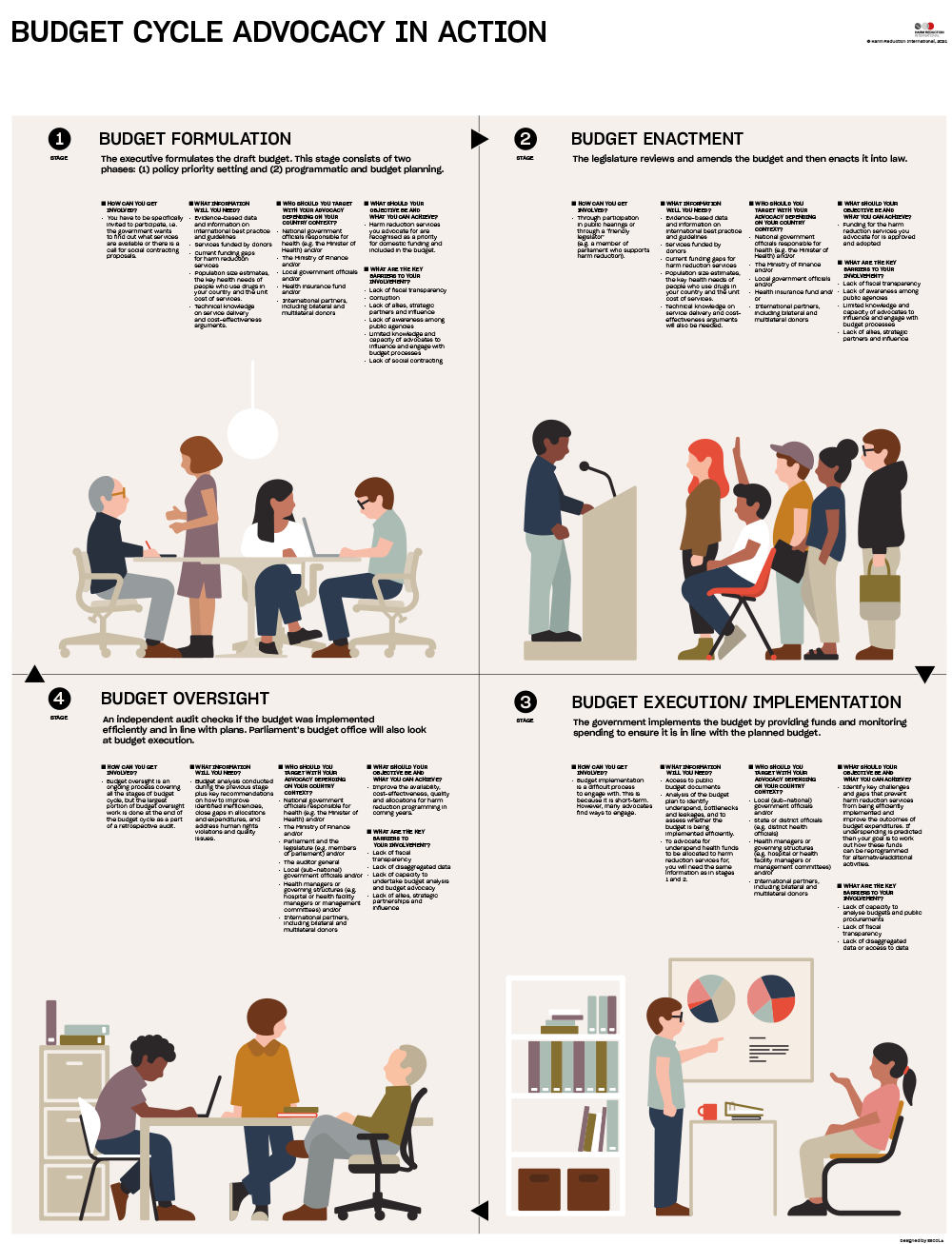 View or Download a PDF of HRI's Budget Advocacy Guide 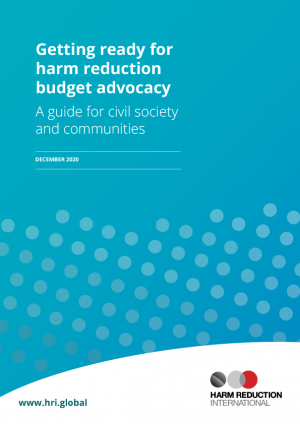