MEDIA RELEASE: Beirut Declaration on HIV and Injecting Drug Use calls on UN meeting to address the role of injecting drug use in the AIDS epidemic 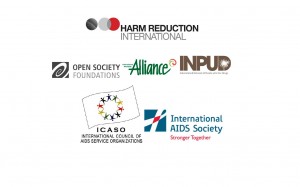 Over two hundred leading HIV/AIDS, development and human rights organisations back the declaration

Monday, June 6, 2011 (New York, USA)-- Over 200 leading  international NGOs have backed the Beirut Declaration (1) on HIV and Injecting Drug Use calling on world leaders to scale up  harm reduction programs that  address the role of injecting drug use in the AIDS epidemic. The Declaration, co-ordinated by Harm Reduction International (formerly the International Harm Reduction Association), is a global call to action aimed at leaders participating in the United Nations General Assembly High Level Meeting on HIV/AIDS taking  place in New York this week.

Thirty years into the AIDS epidemic injecting drug use is the main driver of up to 80 percent of new HIV infections in Eastern Europe, Central Asia and parts of South East Asia. In Russia, over the past decade, new HIV infections have increased ten fold from 100, 000 to one million. Some 80 per cent of those infected are under 30 years of age. (2)

The Beirut Declaration HIV and Injecting Drug Use, launched in April earlier this year by Harm Reduction International  at its 22nd International Harm Reduction Conference held in Lebanon,  is an urgent call for the implementation, scale-up and financing of evidence-based harm reduction programmes, including needle and syringe programmes and opioid substitution therapy, in both communities and prisons.

The Declaration has been endorsed by The Lancet as a key document for informing decision making at the UN meeting on AIDS. (3)

“World leaders have no choice but to make the right call on injecting drugs and HIV at this week`s meeting. It is as simple as this: take action, or continue allowing people to die” said Rick Lines, Executive Director of  HRI, in New York for the High Level Meeting.

“We have the science, we have the evidence, we have the moral and ethical highground. Needle and syringe programmes and opioid substitution therapy save lives. But political commitment behind these proven HIV prevention measures is not sufficient. Too often looking tough on drugs takes precedence over the protection of the most vulnerable” concluded Lines.

Funding for harm reduction works out to three US cents a day per person injecting drugs, and accounts for less than 10 per cent of estimated 2009 and 2010 UNAIDS targets for harm reduction financing globally. (5)  Harm Reduction International estimates the need for a twenty-fold scale up in funding to mount a response commensurate with the magnitude of the epidemic among people who inject drugs.

“Poor people suffer more drug-related harms – more HIV, more health problems generally, and more incarceration.  To address poverty and inequality in resource poor countries and communities, and to stop HIV transmission, a focus on health rather than criminalisation is both the most effective - and the most ethical - response," said Susie McLean, Senior Advisor at the International HIV/AIDS Alliance.

One hundred and fifty-eight countries and territories report injecting drug use yet almost half of this still lack these essential services. With poor coverage in the majority of countries that do implement them, the world is far from ‘universal access’.

“This is a global public health issue requiring a global, fully funded response. But what we are seeing instead is the policing of an epidemic, the imprisonment of those in need of help, and billions wasted on futile efforts to rid the world of drugs. Zero new infections is achievable – let us aim towards that,” said Mary Ann Torres, Senior Policy Advisor at the International Council of AIDS Service Organizations (ICASO).

People who use drugs face stigma, discrimination and human rights violations as law enforcement and abusive drug control measures continue to trump public health in country after country around the world.

“The expanding epidemic in my community speaks to the stigma and discrimination that underlies the attitude of every country that refuses to implement the lifesaving program of needle exchange and opiate substitution treatment,” said Jude Byrne, Chair of The International Network of People Who use Drugs (INPUD). “It does not matter how it is spun, the refusal to implement harm reduction programmes  is tantamount to a state sanctioned death sentence, not only do many injecting drug users have to live with HIV most of them are also living with HCV, HBV and TB.”

"HIV infections will continue to rise as long as drug users continue to live in fear of police harassment and abuse that results from visiting needle exchange or a methadone programs,” said Kasia Malinowska of the Open Society Foundations. “The current policy environment must change for public health to be effective."

As the new report from the Global Commission on Drug Policy revealed last week, punitive responses to drugs have been proven to impede HIV prevention efforts. (6) To facilitate a more intensified response to the HIV epidemic in the drug-using community, the Beirut Declaration is calling for a comprehensive review and reform of ineffective, expensive, drug policies, from a punitive criminal justice approach to one rooted in public health and human rights-based principles. Specifically, it calls for the amendment of laws criminalising the possession of drugs for personal use and the carrying of paraphernalia such as sterile needles.

“Unfortunately, in order to look tough on drugs, some states are willing to gamble with millions of lives. These states are actively trying to scupper the negotiations here at the UN,” concluded Lines.

“The International AIDS Society (IAS) reiterates call for action for an international drug policy based on evidence, "said Bertrand Audoin, IAS Executive Director.  "IAS calls for a drug policy based on scientific evidence and respect for human rights, not ideology. There is now a large body of evidence which demonstrates clearly that the criminalization of illegal drugs is fuelling the HIV epidemic and is resulting in overwhelmingly negative health and social consequences." (7)

7. IAS is a signatory to The Vienna Declaration, a statement calling for the incorporation of scientific evidence into illicit drug policies. The Declaration was drafted by a writing committee of international experts and initiated by several of the world’s leading HIV and drug policy scientific bodies: the International AIDS Society, the International Centre for Science in Drug Policy (ICSDP), and the BC Centre for Excellence in HIV/AIDS. www.viennadeclaration.com