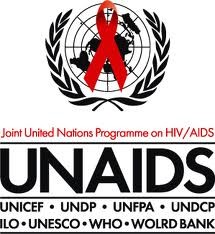 On June 8-10, 2011 world leaders met in New York for the United Nations High Level Meeting (HLM) on AIDS to assess progress on the global AIDS response and shape the future of the epidemic. In the run-up to the event, Harm Reduction International, joined by the International Council of AIDS Service Organizations, the International AIDS Society, the Open Society Foundations, the International HIV/AIDS Alliance and the International Network of People who Use Drugs launched a joint press release on the Beirut Declaration on HIV and Injecting Drug Use: A Global Call for Actioncalling for intensified commitments and actions on injecting drug use, HIV-related harm reduction and drug policy reform in HLM outcomes.

The final outcome document, Political Declaration on HIV/AIDS: Intensifying our Efforts to Eliminate HIV/AIDS provides explicit recognition of the need to address HIV among people who use drugs. A significant victory is the inclusion of a specific target to reduce HIV transmission among people who inject drugs by 50 percent by 2015.

However, the document misses a significant opportunity to address urgent levels of HIV infection through injecting drug use, particularly in regions such as Eastern Europe and Central Asia, focusing instead on the “serious threat” created by the “world drug problem.” The Declaration undercuts the urgency of the above commitments by stating that these must be “in accordance with national laws”, tantamount to allowing states to ignore language in the Declaration that they do not agree with. Commitments around harm reduction, limited to “giv[ing] consideration, as appropriate to expanding risk and harm reduction programs”, question the value and evidence base for critical interventions, and are notably weaker than those made in the 2006 Political Declaration on HIV/AIDS. The 2006 document explicitly committed to “intensifying efforts…to ensure that prevention programs such as harm reduction are available.”

The 2011 UN Political Declaration on HIV/AIDS: Intensifying our Efforts to Eliminate HIV/AIDS (English)

Harm Reduction International’s Executive Director took part in an interview on the United Nations High Level Meeting with the Harm Reduction Coalition. To listen to this interview please click here.