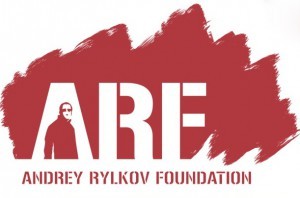 The Russian government’s anti-drugs agency has ordered the blocking of the website of a public health organization, the Andrey Rylkov Foundation, for discussing the addiction medicine methadone, human rights groups said today. The move is an assault on freedom of expression in the midst of pro-democracy protests, the groups said.

The order from the Federal Drug Control Service (FSKN) Moscow Department went into effect on February 3, 2012. The order claims the move is due to the “placement of materials that propagandize (advertise) the use of drugs, information about distribution, purchasing of drugs and inciting the use of drugs.”

Methadone, which the World Health Organization classifies as an essential medicine for the treatment of opiate dependence, is illegal in Russia.

The website is maintained by the Andrey Rylkov Foundation, which advocates health-based drug policies and has been a vocal critic of the Russian government’s ban on methadone. The website included international research findings on methadone showing that this treatment reduces HIV risk among users of heroin and other opiates and also helps people stay on AIDS and TB treatments. An English version of the website is online at www.rylkov-fond.org.

“People all over the world take this medication for granted, but here in Russia it’s central to our struggle against HIV and it’s banned,” said Anya Sarang, president of the foundation. “Now, even our speaking about it seems to be banned.”

“The government has nothing to gain by censoring this small organization for trying to help people stay safe,” said Diederik Lohman, senior health researcher at Human Rights Watch. “It is totally unacceptable and evidence of the Russian authorities’ ongoing resistance to internationally accepted methods of HIV prevention and international standards for freedom of expression.”

Russia has one of the largest populations of injecting drug users in the world, as well as one of the fastest growing HIV epidemics. An estimated 980,000 people are living with HIV in Russia. In some regions, as many as 80 percent of those with HIV contracted the virus through contaminated injection equipment.

“The right to information is essential to realizing the right to health,” said Agnes Callamard, executive director of ARTICLE 19. “State authorities should respect the right to health and refrain from restricting access to health-related information or withholding or intentionally misrepresenting health-related information. A government agency such as Federal Drug Control Service should not have the ability to ban websites at the whim of a bureaucrat. This is particularly so when considering the impact of censoring discussions relating to drug addiction or HIV/AIDS."

The Russian government refuses to allow methadone treatment, despite dozens of studies from around the world showing the medicine to be effective in HIV prevention and treatment. Instead, Russian officials recommend “narcology”, an abstinence-based system designed to treat alcoholics and largely ineffective or harmful for those dependent on opiates.

“In Russia, with so many people contracting HIV through injecting with unsterile equipment, and with thousands of overdose deaths each year, accurate and objective health information among people who inject drugs is a matter of life and death,” Said Dr. Evan Wood of the International Center for Science in Drug Policy.

In 2006, the Russian government forced the closure of another website, by the prominent physician Vladimir Mendelevich, which contained information about methadone.

“Russia has a duty to respect, protect and promote access to health care, including for effective drug treatment and HIV prevention” said Rick Lines, executive director of Harm Reduction International. “Instead, they are slamming the door on basic health information and sending the message to millions of citizens that their lives are not worth saving.”

To read this press release in Russian please click here.

Background
The Andrey Rylkov Foundation for Health and Social Justice (ARF) is a grass-roots organization from Russia, whose mission is to promote and develop humane drug policy based on tolerance, protection of health, dignity, and human rights.

Russia has approximately 1.8 million people who inject drugs and are at risk of HIV, according to the Joint United Nations Programme on HIV/AIDS (UNAIDS) Global Report: UNAIDS Report on the Global AIDS Epidemic, 2010.

Russia has the second-highest HIV prevalence in the Eastern Europe and Central Asia region, after Ukraine. Together, they account for more than 90 per cent of all new HIV diagnoses in the region, according to the 2011 UNAIDS World AIDS Day report; 2010 UNAIDS Epidemic Update.

Human Rights Watch is one of the world’s leading independent organizations dedicated to defending and protecting human rights. By focusing international attention where human rights are violated, Human Rights Watch gives voice to the oppressed and holds oppressors accountable for their crimes.

ARTICLE 19 is an independent human rights organization that works around the world to protect and promote the right to freedom of expression. It takes its name from Article 19 of the Universal Declaration of Human Rights, which guarantees free speech.

The International Center for Science in Drug Policy is an international network of scientists, academics, and health practitioners committed to improving the health and safety of communities and individuals affected by illicit drugs.

The Canadian HIV/AIDS Legal Network promotes the human rights of people living with and vulnerable to HIV/AIDS in Canada and internationally, through research and analysis, advocacy and litigation, public education, and community mobilization. The Legal Network is Canada's leading advocacy organization working on the legal and human rights issues raised by HIV/AIDS.