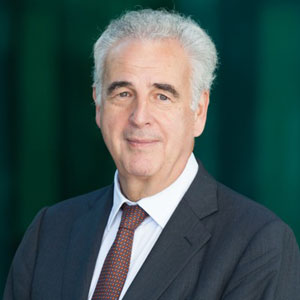 He attended medical school in Paris and has completed postdoctoral fellowships at St Mary’s Hospital in London and Harvard Medical School. He is Professor of Immunology at Université René Descartes in Paris and has authored or co-authored over 500 articles focusing on autoimmunity, immuno-intervention and HIV/AIDS.

Professor Kazatchkine has played key roles in various organizations, serving as Director of the national Agency for Research on AIDS (ANRS) in France (1998-2005), Chair of the WHO’s Strategic and Technical Committee on HIV/AIDS (2004-2007), Member of the WHO’s Scientific and Technical Advisory Group on Tuberculosis (2004-2007), and first Chair of the Global Fund’s Technical Review Panel.

In 2007, Professor Kazatchkine was elected Executive Director of the Global Fund, a position in which he served until March 2012.

In July 2012, Professor Kazatchkine was appointed as the UN Secretary-General’s Special Envoy on HIV/AIDS in Eastern Europe and Central Asia. In this position, he focuses on building high-level political support for national and regional responses to the HIV epidemic and advocates for improved access to prevention, treatment and care for the populations most in need.

Professor Kazatchkine is also a Senior Fellow with the Global Health Program of the Graduate Institute for International and Development Studies in Geneva, a member of the Global Commission on Drug Policy and serves as Chair of the Board of the Robert Carr Civil Society Networks Fund.