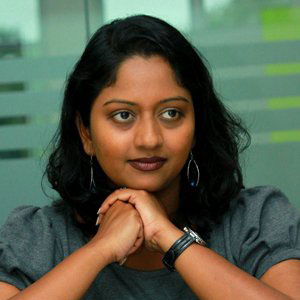 Shamini began her career as a news journalist at the New Straits Times covering current issues. She found her beat writing health and social issues, with a particular interest in HIV and AIDS issues.

Nearly 7 years later, she moved on to the humanitarian relief organisation, MERCY Malaysia, as its Head of Communications and Fundraising for two years, where her primary role was building the organisation’s media profile and coordinating fundraising efforts.

She gave the NGO world a break by joining Monash University Sunway Campus two years later as its Media and Communications Manager. For a while, she was also a columnist with The Malaysian Insider.

After four years at Monash, she joined Amnesty International Malaysia as its Executive Director, a position she has held for two years.

Shamini is from Penang. She has a dangerous weakness for chocolate and great coffee. Her musical tastes include classical, rock, classic rock and symphonic metal.