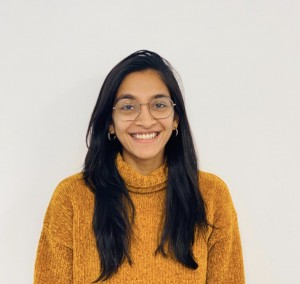 At HRI, Suchitra works to develop and implement the strategic communications plan for the organisation, manages the creation and promotion of HRI’s major research publications, leads traditional and social media work, and works with HRI’s conference team to plan and promote HRI’s online and offline events.

Suchitra is deeply involved in the development of HRI’s work to promote racial justice and decolonise drug policy; has been key in shaping communications on the impact of punitive drug policies and in connecting HRI’s call for the redirection of funding to broader social justice movements.

Prior to joining HRI, Suchitra served as the Research Coordinator at the Drug Policy Alliance, a US-based organisation working to advance policies and attitudes that reduce the harms associated with drug use and drug prohibition.

Suchitra received her Bachelor of Arts in Political Science and Law from Sciences Po Paris and has studied law at Trinity College Dublin and the University of Mumbai.

Suchitra writes on harm reduction, drug policy and human rights and has been published by CNN, Huffpost, Talking Drugs, and the Inquirer.