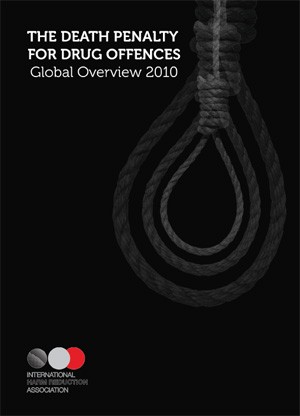 Harm Reduction International released a study on the death penalty for drug offences today on the opening day of the 19th session of the UN Commission on Crime Prevention and Criminal Justice, taking place in Vienna. The report, titled ‘The Death Penalty for Drug Offences: Global Overview 2010’, finds that hundreds of people are executed for drug offences each year around the world, a figure that very likely exceeds one thousand when taking into account those countries that keep their death penalty statistics secret.