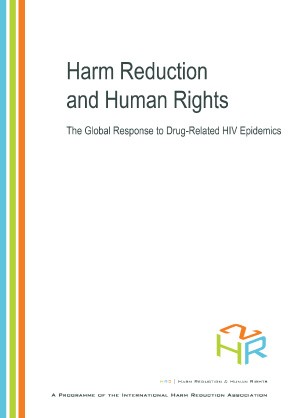 In January 2009, Harm Reduction International’s HR2 programme released a report entitled ‘Harm Reduction and Human Rights: The Global Response to Drug-Related HIV Epidemics’. This report provides a concise overview of the global situation in terms of drug-related HIV epidemics worldwide, with a particular focus on the regions of Asia, Central and Eastern Europe and Central Asia, the Caribbean, Latin America, the Middle East and North Africa, and Sub Saharan Africa.

The report also examines harm reduction within the context of international human rights law, addressing issues such as the right to health, abusive law enforcement practices and their effect on access to HIV prevention efforts and discrimination faced by people who use drugs in accessing HIV anti retroviral therapy.

As the foreword by Mr Anand Grover (UN Special Rapporteur on the right of everyone to the enjoyment of the highest attainable standard of physical and mental health) states, “This report is part of the ongoing plea, which it eloquently makes, to adopt harm reduction universally. That plea needs to be heard and acted upon, sooner rather than later”.