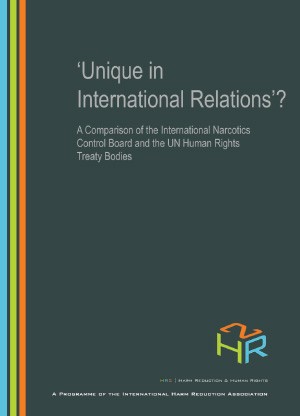 This report explores how, far from being unique, the INCB is actually just an early example of the ‘independent committee of experts’ model that has been adopted and developed across the United Nations (and, in particular, in the UN human rights systems and regional human rights systems) over the past four decades. It is a common model that continues to be used today. In contrast to these similar bodies, however, the INCB has failed to modernise its processes, raising questions about its continued legitimacy and relevance. The report suggests a number of reforms required to bring the INCB into line with other similar bodies in the UN system.