Complicity or Abolition? The Death Penalty and International Support for Drug Enforcement 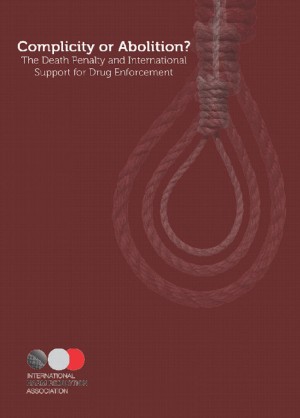 Released in June 2010 - Complicity or Abolition? The Death Penalty and International Support for Drug Enforcement - exposes the links between the carrying out of executions and the financial contributions from European governments, the European Commission and the UNODC to support drug enforcement operations in countries that use the death penalty such as China, Iran and Viet Nam. The report notes that such operations continue to be funded without appropriate safeguards despite the fact that the abolition of the death penalty is a requirement of entry into the Council of Europe and the European Union and that the United Nations advocates strongly against capital punishment.

At least thirty-two countries maintain the death penalty for drug offences, although the enthusiasm with which they implement these laws varies significantly. The report identifies European and UNODC supported drug enforcement projects in death penalty countries such Iran, Viet Nam and China.