The Death Penalty for Drug Offences 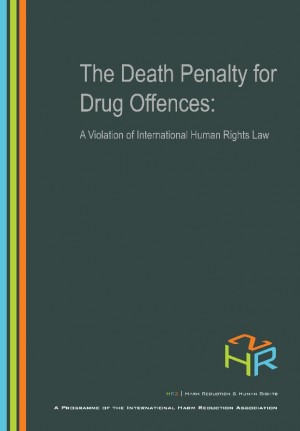 While the number of countries practicing capital punishment has steadily decreased over the past twenty years, the number of countries using the death penalty for drug offences has steadily increased. Across the world, 133 countries have abolished the death penalty in law or in practice. However, of the 64 countries that have retained capital punishment, half of which apply these punishments to drug-related offences (whether they be drug possession or drug trafficking offences). In one of the most shocking examples, the Chinese Government celebrates the United Nation’s ‘International Day Against Drug Abuse and Illicit Trafficking’ each year by publicly executing people for drug-related crimes.

The International Covenant on Civil and Political Rights (ICCPR) - one of the main UN human rights treaties – states that the death penalty may only be applied to the “most serious crimes”. Both the UN Human Rights Committee and the UN Special Rapporteur on Extrajudicial, Summary or Arbitrary Executions have stated that drug offences do not constitute “most serious crimes” - making executions for such offences a violation of international human rights law.