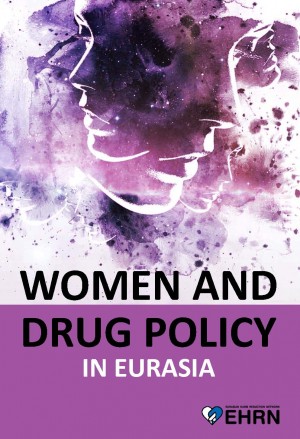 Women and drug policies in Eurasia is essential reading, launched today by the Eurasian Harm Reduction Network. The short report provides an overview of a range of drug policies and issues related to drug use and drug related harm that disproportionately affect women.

According to the report:

'Recent years have seen some progress in the development of harm reduction in Eurasia, but policies and services rarely account for the specific needs of women who use drugs. Drug user registries, the illegal status of drug use and sex work, lack of access to evidence-based drug treatment, and stigma and discrimination are among the factors that hinder women drug users’ access to medical care and expose them to a range of human rights abuses. Meanwhile, an estimated 1.5 million people in Eurasia are living with HIV, and the proportion of women among new HIV cases is growing steadily, indicating both the existing gap in coverage and the need for a more gender-sensitive approach. Drug policy reform and attention to gender are essential to decrease drug-related harms among women who use drugs.'

Using input from national experts, the EHRN report explores issues of drug policy and discrimination
on the basis of sex in Georgia, Kyrgyzstan, Lithuania, the Russian Federation, and
Ukraine – five countries in which HIV is concentrated among injecting drug users (IDUs).

The report focuses on often overlooked issues such as, child custody, domestic violence and pregnancy, and it looks at the impact of imprisonment and police abuse on women.

It is available for download in English and Russian