Harm Reduction International has monitored the use of the death penalty for drug offences worldwide since our first ground-breaking publication on this issue in 2007. This report, our tenth on the subject, continues our work of providing regular updates on legislative, policy and practical developments related to the use of capital punishment for drug offences, a practice which is a clear violation of international law. 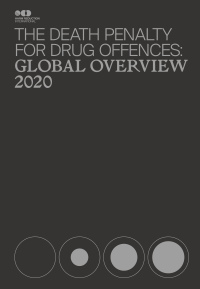 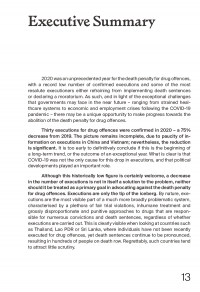 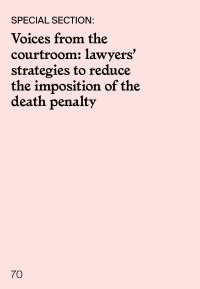 The Death Penalty for Drug Offences 2020: Country by Country

2020 was an unprecedented year for the death penalty for drug offences, with a record low number of confirmed executions and some of the most resolute executioners either refraining from implementing death sentences or declaring a moratorium. As such, and in light of the exceptional challenges that governments may face in the near future – ranging from strained healthcare systems to economic and employment crises following the COVID-19 pandemic – there may be a unique opportunity to make progress towards the abolition of the death penalty for drug offences.

Thirty executions for drug offences were confirmed in 2020 – a 75% decrease from 2019. The picture remains incomplete, due to paucity of information on executions in China and Vietnam; nevertheless, the reduction is significant. It is too early to definitively conclude if this is the beginning of a long-term trend, or the outcome of an exceptional year. What is clear is that COVID-19 was not the only cause for this drop in executions, and that political developments played an important role.

Although this historically low figure is certainly welcome, a decrease in the number of executions is not in itself a solution to the problem, neither should it be treated as a primary goal in advocating against the death penalty for drug offences. Executions are only the tip of the iceberg. By nature, executions are the most visible part of a much more broadly problematic system, characterised by a plethora of fair trial violations, inhumane treatment and grossly disproportionate and punitive approaches to drugs that are responsible for numerous convictions and death sentences, regardless of whether executions are carried out. This is clearly visible when looking at countries such as Thailand, Lao PDR or Sri Lanka, where individuals have not been recently executed for drug offences, yet death sentences continue to be pronounced, resulting in hundreds of people on death row. Regrettably, such countries tend to attract little scrutiny.

That many countries remain reluctant to move away from capital punishment is demonstrated by the fact that death sentences continued to be imposed amid a global pandemic, insomuch that a 16.3% increase in known drug-related death sentences has been recorded. This is despite the challenges that COVID-19 presented for courts and governments, which further exposed defendants to the risk of fair trial violations. Worryingly, some countries are advocating for harsher policy and punishment. One example is the Philippines, where, at the time of writing, a bill was adopted by the House of Representatives (the lower house of the Congress) reintroducing the death penalty for drug offences.

Noteworthy developments witnessed in 2020 – from Saudi Arabia to the United States – are a reminder that the death penalty is inherently political; it can be abandoned with the stroke of a pen, and with no significant impact on crime, drug use and drug trafficking. For this very reason, it is vital that advocacy against the death penalty, together with drug policy reform, remains on the agenda of both human rights and drug reform advocates. Alignment between these two worlds – too often working in parallel – is essential to avoid replacing the death penalty with equally disproportionate and inhuman punishments, or missing important opportunities for progress. Without abolition of the death penalty and drug policy reform, hundreds of people will continue to face disproportionate sentences and risk spending years, if not decades, on death row - an invisible population living in limbo, forgotten and mistreated. 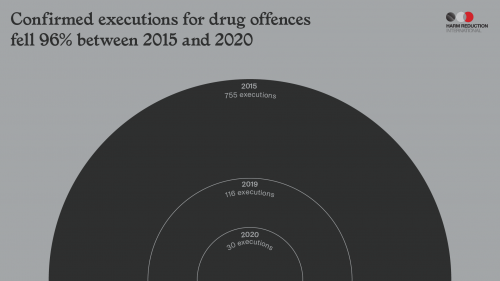 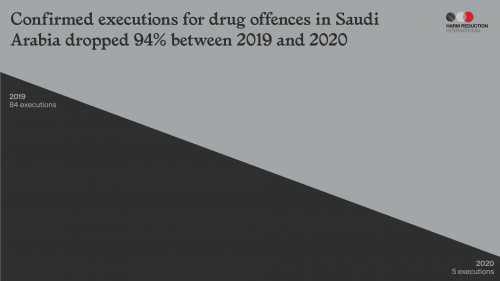 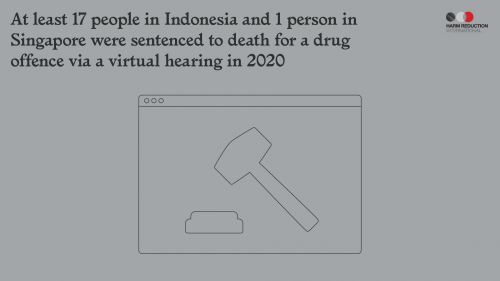 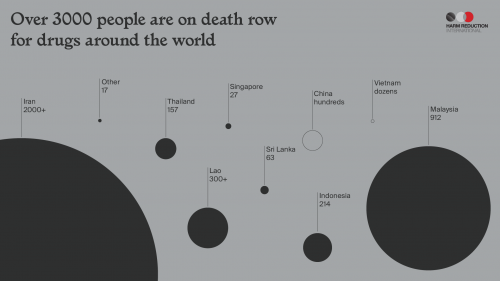 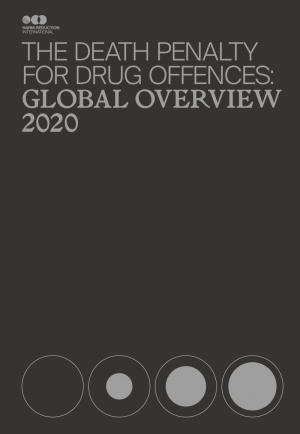