Harm Reduction International has monitored the use of the death penalty for drug offences worldwide since our first ground-breaking publication on this issue in 2007. This report, our eleventh on the subject, continues our work of providing regular updates on legislative, policy and practical developments related to the use of capital punishment for drug offences, a practice which is a clear violation of international law.

The Death Penalty for Drug Offences: Global Overview 2021 found that:

View and download the full report and executive summary below 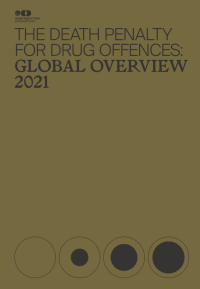 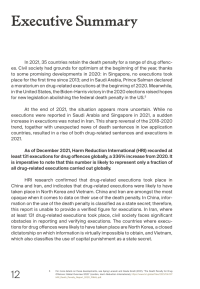 The Death Penalty for Drug Offences 2021: Country by Country

In 2021, 35 countries retain the death penalty for a range of drug offences. Civil society had grounds for optimism at the beginning of the year, thanks to some promising developments in 2020: in Singapore, no executions took place for the first time since 2013; and in Saudi Arabia, Prince Salman declared a moratorium on drug-related executions at the beginning of 2020. Meanwhile, in the United States, the Biden-Harris victory in the 2020 elections raised hopes for new legislation abolishing the federal death penalty in the US.

At the end of 2021, the situation appears more uncertain. While no executions were reported in Saudi Arabia and Singapore in 2021, a sudden increase in executions was noted in Iran. This sharp reversal of the 2018-2020 trend, together with unexpected news of death sentences in low application countries, resulted in a rise of both drug-related sentences and executions in 2021.

As of December 2021, Harm Reduction International (HRI) recorded at least 131 executions for drug offences globally, a 336% increase from 2020. It is imperative to note that this number is likely to represent only a fraction of all drug-related executions carried out globally.

HRI research confirmed that drug-related executions took place in China and Iran, and indicates that drug-related executions were likely to have taken place in North Korea and Vietnam. China and Iran are among# the mo# opaque when it comes to data on their use of the death penalty. In China, information on the use of the death penalty is classified as a #ate secret; therefore, this report is unable to provide a verified figure for executions. In Iran, where at least 131 drug-related executions took place, civil society faces significant obstacles in reporting and verifying executions. The countries where executions for drug offences were likely to have taken place are North Korea, a closed dictatorship on which information is virtually impossible to obtain, and Vietnam, which also classifies the use of capital punishment as a state secret.

In this scenario, it emerges that the group of countries actively resorting to capital punishment as a central tool of drug control is shrinking, but is also more and more characterised by opacity and secrecy, if not outright censorship. Transparency and monitoring will thus be key challenges for institutional as well as civil society actors working towards death penalty abolition. This was reiterated by the latest Human Rights Council Resolution on the question of the death penalty, adopted in October 2021, which emphasised retentionist countries’ obligations around transparency and information sharing. In this document, the Council also noted that “discrimination is aggravated when tranparency does not exist or is insuffcient, and that transparent reporting and access to information can expose discriminatory practices or impact in the imposition and application of the death penalty.”

Developments in 2021 confirmed the conclusions of the Global Overview 2020, in relation to the exceptional drop in drug-related executions witnessed in 2020. Firstly, that progress is fragile and often temporary, if not sustained by long-term, comprehensive reforms; secondly, that executions are just the ‘tip of the iceberg’ - the most visible element of a broader punitive system which should be reformed in its entirety. 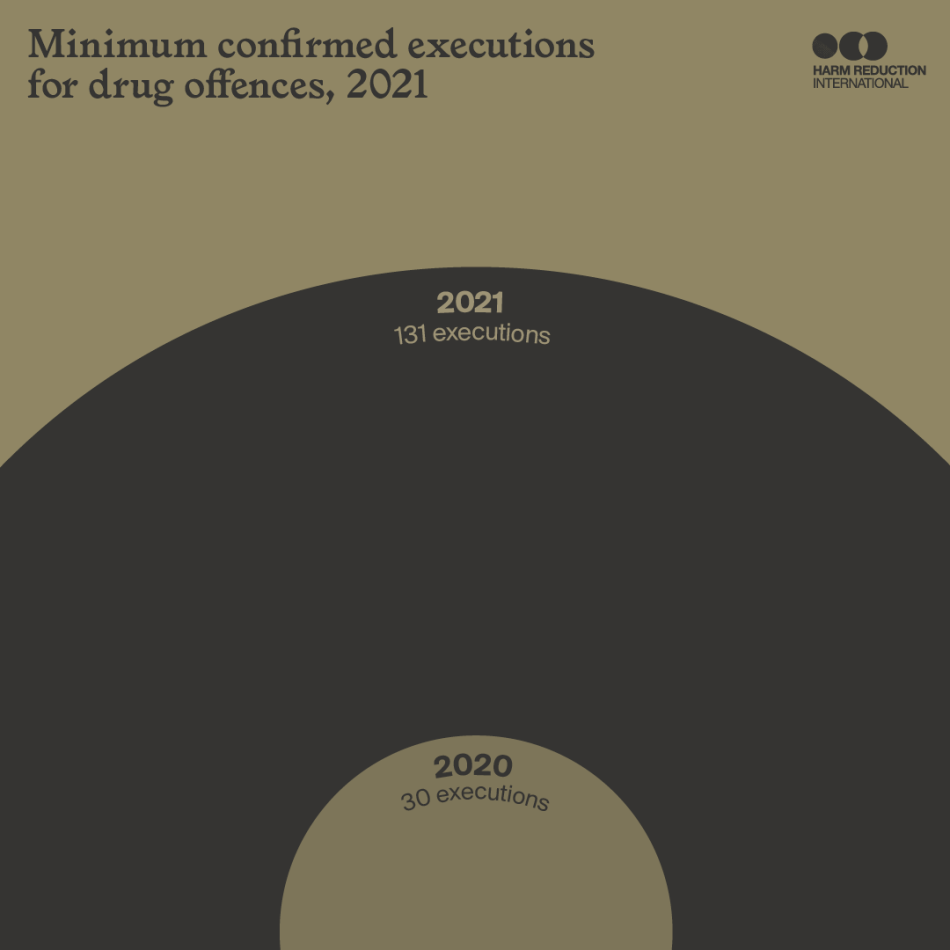 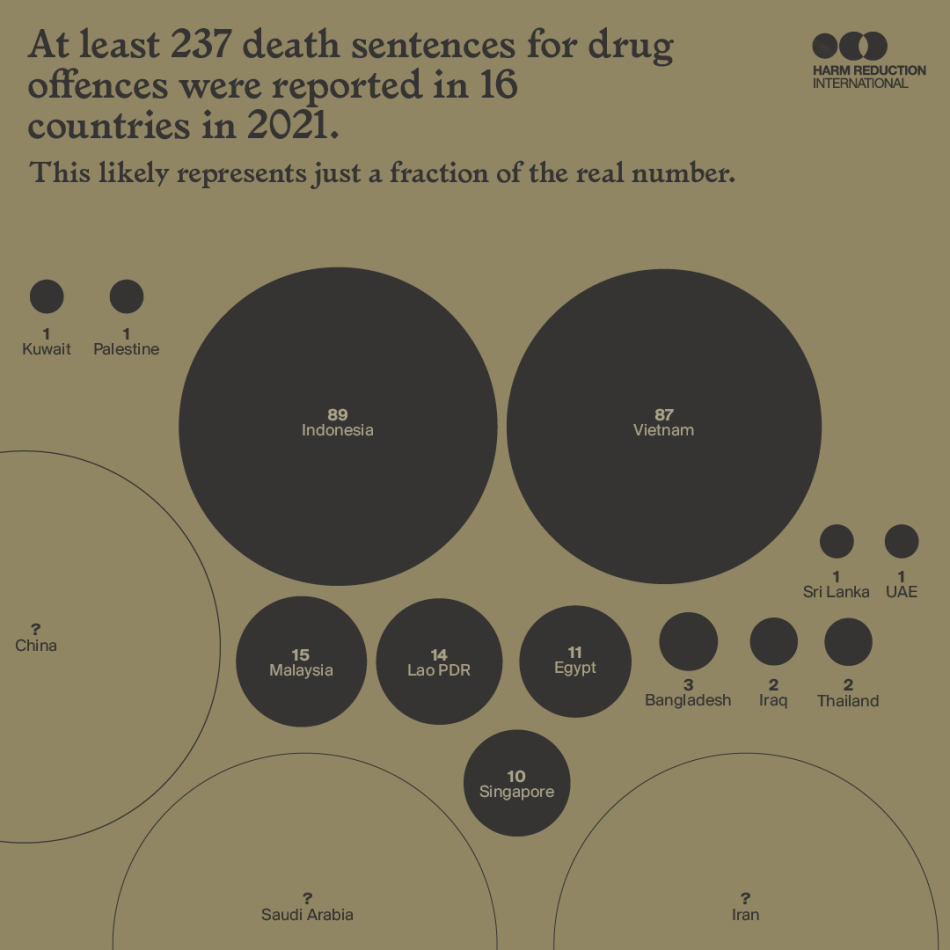 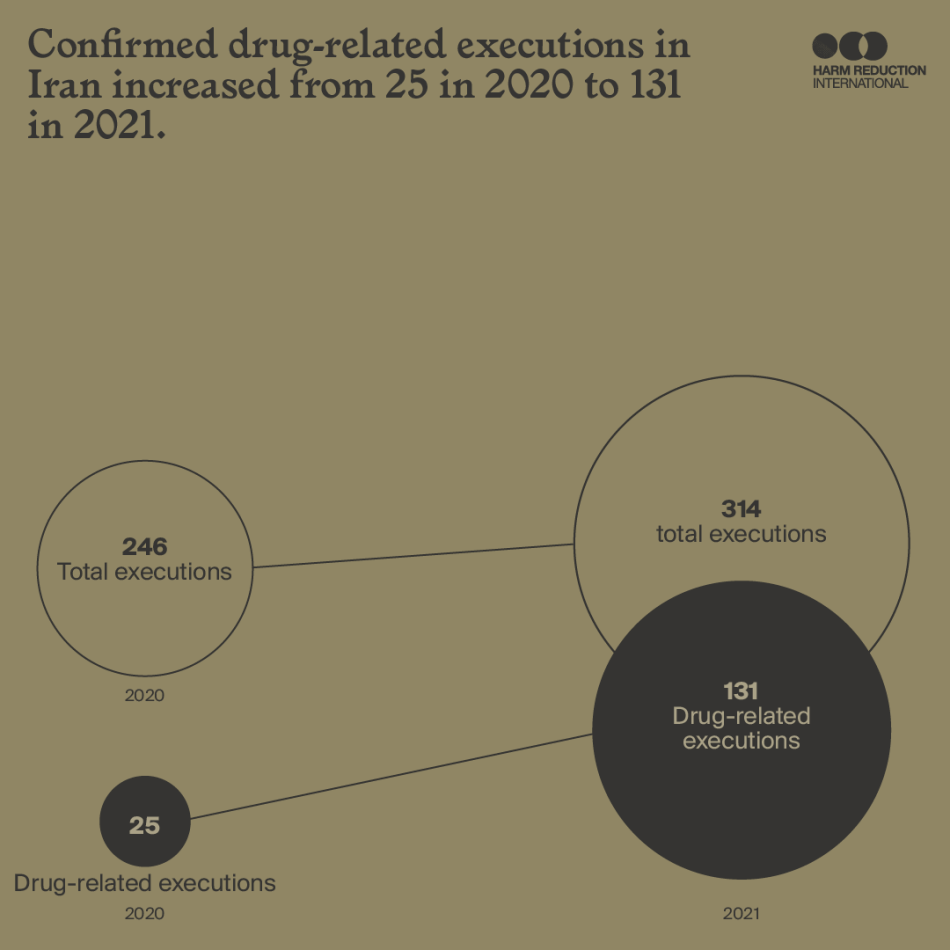 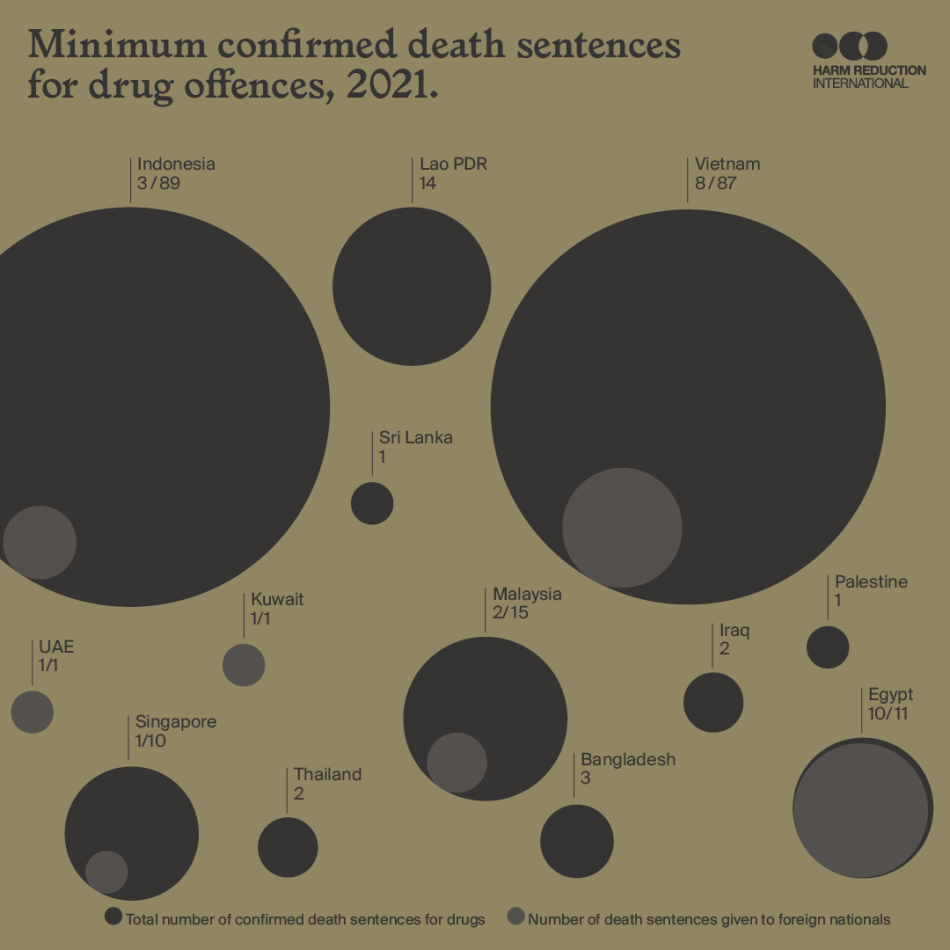 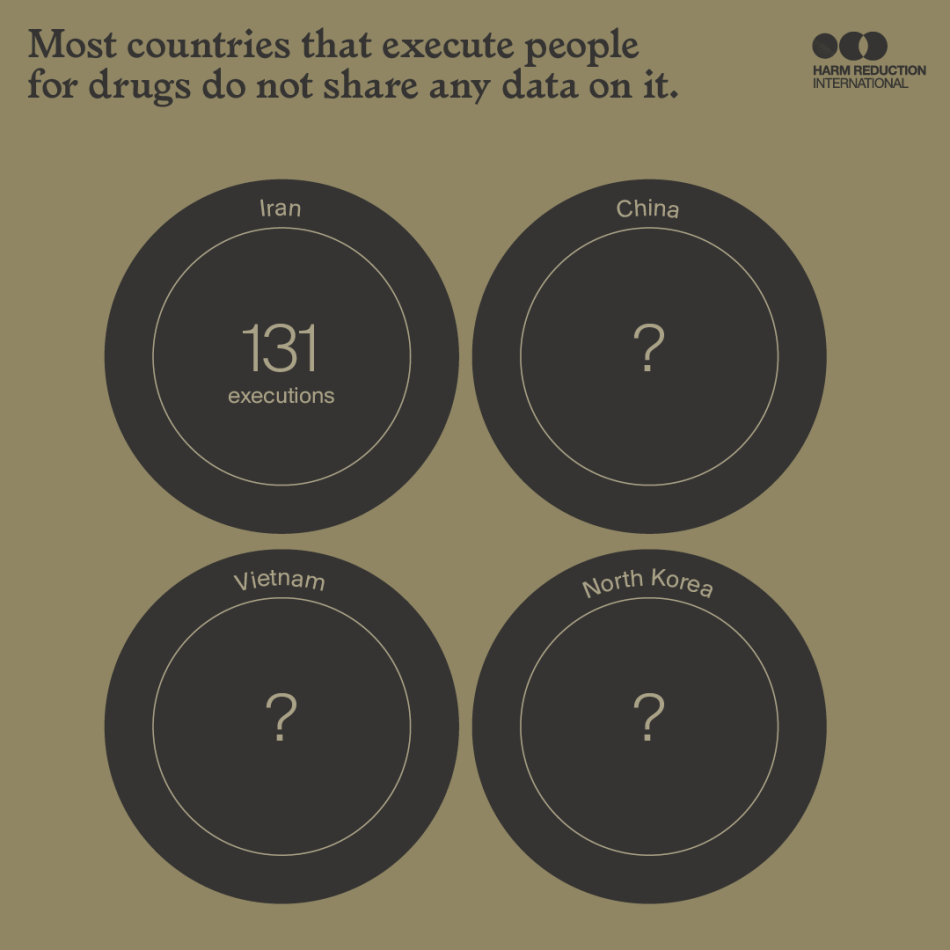 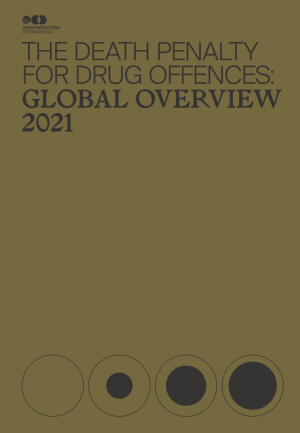