The 2015 International Harm Reduction Conference will be held from 18th – 21st of October in Kuala Lumpur.  Harm Reduction International is pleased to stage this 24th conference in partnership with the Malaysian AIDS Council, and we look forward to building together an inclusive and engaging forum to connect the global harm reduction community.

First held in Liverpool 25 years ago, the HRI conferences have become the major international events for the harm reduction movement, and have been staged in major cities across the globe. In 2015, the conference returns to Asia for the first time since our 2009 event in Bangkok, and we expect to host up to 1,000 delegates from 80 countries.  As in past years, we look forward to a high energy and high visibility event, presenting information and networking opportunities that will help accelerate change and improve policies in the region and around the world.

This year’s theme – ‘Call for Leadership’ – reflects the urgent need to address critical issues faced by the harm reduction response.  The 2015 target set by the international community of reducing HIV among people who inject drugs by half has been missed by a staggering amount, a failure that is now further undermined by the growing funding gap in the harm reduction response due to changing donor priorities.  Empowered and engaged leadership among civil society organisations, including networks of people who use drugs, sex workers and people living with HIV, are key to challenging this crisis, as is leadership from national governments such as Malaysia, which through domestic support for harm reduction programming has achieved significant reductions in HIV infection among people who inject drugs.  Leadership is also demanded as the international community approaches important UN General Assembly meetings on both drug policy and HIV in 2016.

Through a 4-day programme of keynote speakers, presentations on research and practice, training workshops, exhibitions, films and networking events, the conference will create a multidimensional and interactive space that inspires, connects and shares ideas and solutions among the diverse harm reductions community.  With delegates from 80 nations taking part, the conference will reflect the truly global nature of our movement, bringing together researchers and service providers, UN agencies and community-based NGOs, policy makers and activists, law enforcement and medical professionals, and the strong participation of people who use drugs and their representative organisations. Together, we will work to fuse local, national and international experiences to galvanise our collective efforts.

Join us in Kuala Lumpur. 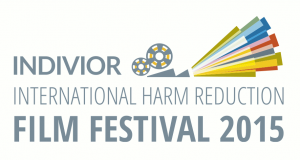