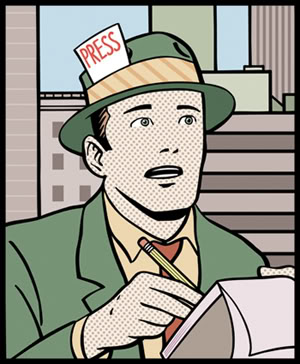 The Hungarian Civil Liberties Union (HCLU) is now calling for applications for media scholarships from eligible reporters who would like to attend and cover the upcoming International Harm Reduction Conference 2013 in Vilnius, Lithuania.

The scholarships are part of a campaign by the HCLU to encourage quality news reporting on key issues around drug policy and harm reduction.

About the International Harm Reduction Conference 2013 (IHRC 2013) The 23rd edition of the International Harm Reduction Conference is expected to attract up to 800 scientists, politicians, researchers, welfare workers, doctors, and harm reduction activists from around 60 countries. The three previous editions of the conference took place in Beirut, Lebanon (2011), Liverpool, UK (2010), and Bangkok, Thailand (2009).

The conference has already confirmed the attendance of the former President of Poland Aleksander Kwaśniewski, the former President of Switzerland Ruth Dreifuss, the UN Secretary General´s Special Envoy for HIV/AIDS in Eastern Europe and Central Asia Michael Kazatchkine, the  Lithuanian Minister of Health Vytenis Povilas Andriukaitis, and the Executive Director of  the Global Fund To Fight AIDS, Tuberculosis and Malaria Mark Dybul. Sir Richard Branson will deliver a video address at the opening ceremony.

This campaign is part of the European Drug Policy Initiative (EDPI), an ongoing cooperative project of European NGOs to improve drug policies and promote human rights and harm reduction as the key principles to tackle drug related problems. The EDPI currently operates with six partners from Bulgaria, Romania, Serbia, Portugal, Hungary and Poland though had over a dozen partners over the years.

The initiative is coordinated by the Budapest-based Hungarian Civil Liberties Union (HCLU), one of the leading drug policy organizations of Europe. The project is funded by the Global Drug Policy Program of the Open Society Institute (OSI) and the Common Sense for Drug Policy (CSDP).

All journalists based in the European Union (plus Serbia, Bosnia-Hercegovina, Albania, Kosovo, Macedonia, Iceland, Norway) are eligible for the scholarship - please do not apply if you are not based in one of these countries. The application should include a CV of the journalist and a copy (preferrably in electronic format) of one of his/her stories in any relevant topic published in 2012-2013. Further samples of their journalistic work related to drug policies and prevention is an advantage.

The competition is open for print, online and broadcast media journalists. In the case of multimedia journalists the application should include a link to the radio/television broadcasted originally and a written translation of the content in English.

The application should include a commitment to publish the story written based on the Harm Reduction International Conference 2013. The articles and other media contents based or inspired by the Harm Reduction International Conference 2013 will be published besides the journalists own publisher/broadcaster on the drug policy site of EDPI, Drugreporter.net.

All applications must be submitted by 12:00 CET, 06 May 2013. HCLU will select and contact the best 10 applicants by 14th of May. The selected journalists will be invited to the Vilnius conference. Traveling and accommodation costs will be funded. Media registration is free.

The HCLU with its expertise on drug policy issues and its network of professionals will provide technical assistance and support for journalists participating. Selected journalist will be requested to finalize and publish their stories by 15th of July 2013. HCLU will provide English translation for the articles if necessary.