The war on drugs has failed in its stated goal of reducing drug use and sale, and has instead has resulted in a devastating trail of trauma, pain and suffering for families and communities, with communities of colour facing the harshest impact.

Globally, Black, Brown and Indigenous people are disproportionately targeted for drug law enforcement and face discrimination across the criminal system. They face higher rates of arrest, prosecution and incarceration for drug offences, despite similar rates of drug use and selling across races.

The war on drugs has provided the architecture within which racist and colonialist laws, policies and practices can operate.  It must be replaced by strategies grounded in science, health, and human rights.

Our work to decolonise drug policy seeks to raise awareness of the racism and colonialism underlying international drug control  and its impact on the  health and human rights of individuals and communities, in order to begin to dismantle these destructive policies.

Overarching structural problems negatively affect access to health and harm reduction services. Racism and discrimination against Indigenous, Black and Brown people results in low household incomes, unemployment, food insecurity, poor housing and lower levels of education. This, in turn, results in worse health outcomes for these communities and in people from these communities disengaging or actively avoiding health services.

In the United States:

See the section on race, incarceration and drug policy in the United States in our Global State of Harm Reduction 2020 report.

In Australia and New Zealand: 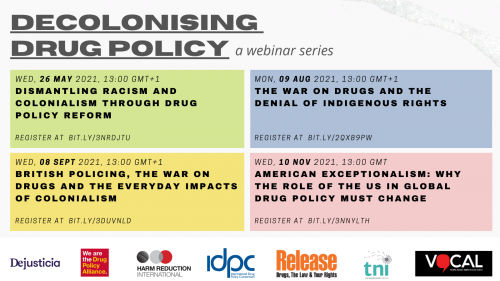 Along with our international partners, we are holding a series of discussions on the global war on drugs and how we can decolonise drug policy.

British policing, the war on drugs and the everyday impacts of colonialism
Wednesday, 08 September 2021, 13:00 GMT+1
Register at bit.ly/3dUVNLd

American exceptionalism: Why the role of the US in global drug policy must change
Wednesday, 10 November 2021, 13:00 GMT
Register at bit.ly/3nnylth

We Must Divest From the Failed Drug War Locally, Nationally and Globally by Colleen Daniels and Suchitra Rajagopalan

Racism and Policing are Global Problems. Drug Control is a Vehicle by Naomi Burke-Shyne and Colleen Daniels

Submission to the Runnymede Trust: CERD 2021 Call for Evidence by HRI and Release 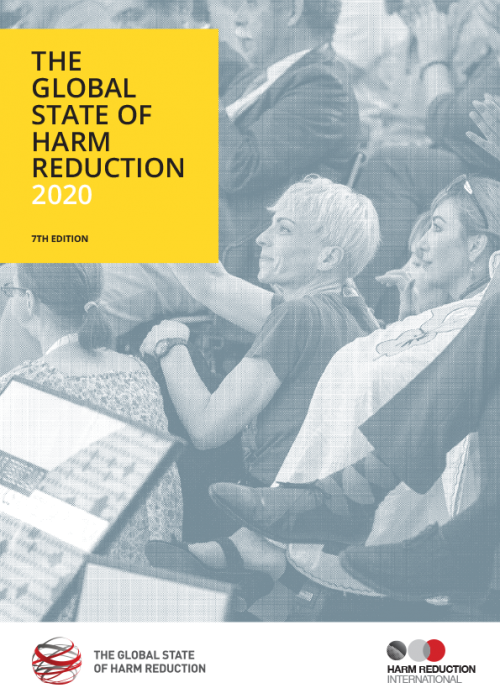 Decolonising Drug Policy: The War on Drugs and Denial of Indigenous Rights